Why was my crossing through Australia so difficult 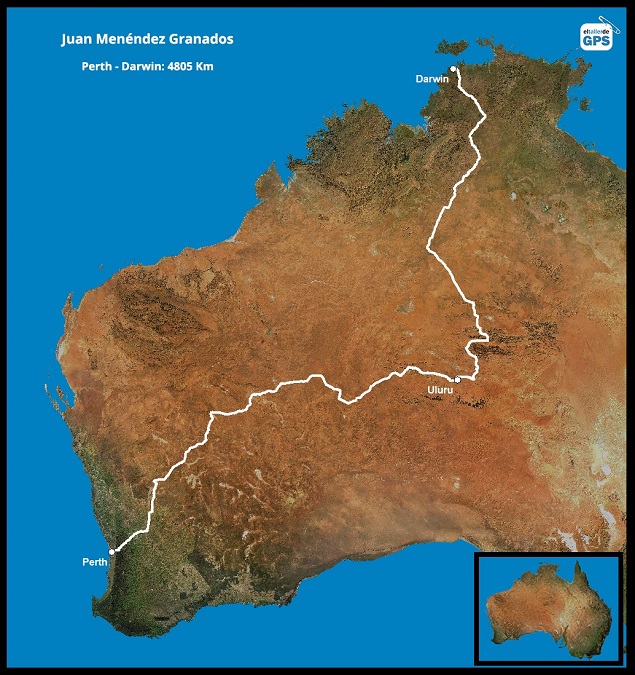 On 17th of December 2019, I finished a 64-day expedition arriving in Darwin, after crossing the Australian continent. There were 4,805Km pedaling solo through Western Australia and the Northern Territory.

I will briefly and concisely relate the main factors of the difficulty of the journey: 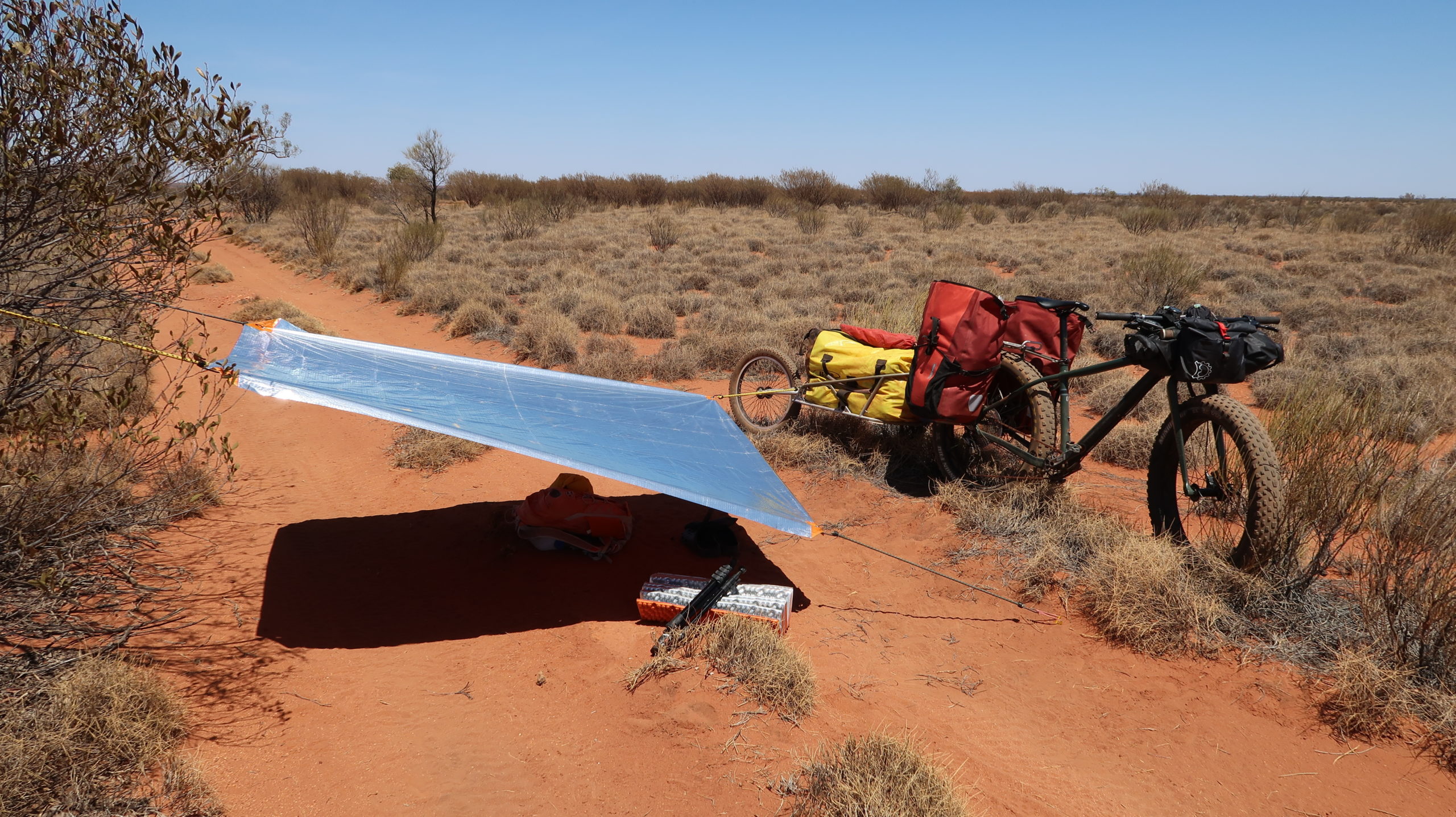 -High temperatures. Unusually high, they were the ones that caused the serious fires in the Southeast of the country with considerable material losses and human lifes (and animals). In the central hours of the day, I had to protect myself in the shade (either from a small bush, or by “making” the shadow with a thermal blanket). Temperatures reached 43-44-45°C. Pedaling at these temperatures was not efficient.

There is a very characteristic and very determining factor in Australia: the temperatures at night are warm. It is not like in other deserts that “it refreshes”. Some nights, I spent them at 30-32°C, which made the rest very painful. I did not reach a proper deep sleep, and I woke up several times to drink and drenched in sweat. 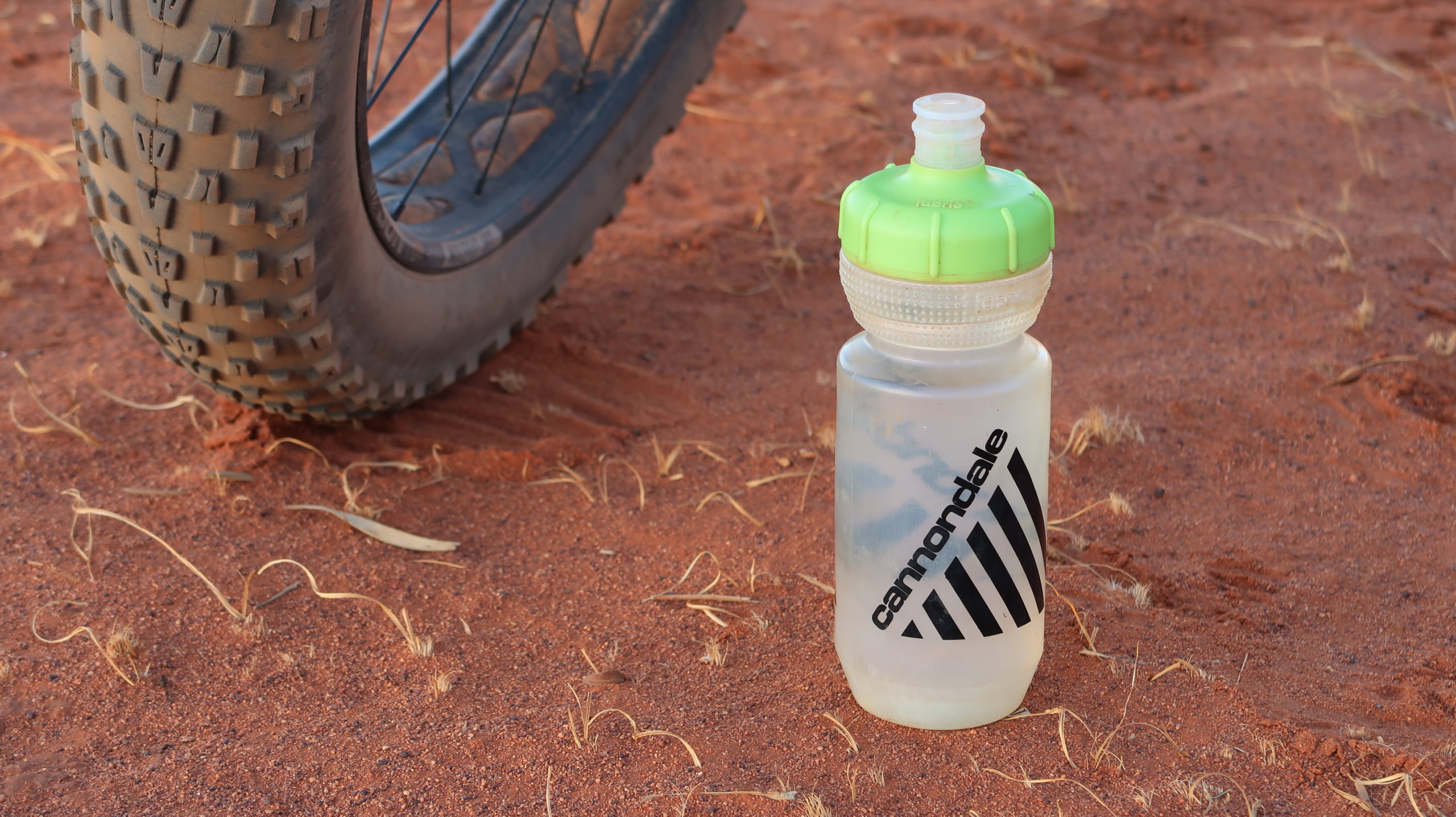 -Lack of water. I provided myself with water in Aboriginal communities and/or in wells I knew were working. Many of the wells marked on the maps are destroyed, or an animal may have fallen inside. Local people are those that confirmed their status to me. I needed up to 12 liters of water per day and even so, I was constantly dehydrated. To add to all this, due to the high temperatures, I drank the water at around 50°C, which is not exactly refreshing. To overcome the most remote sections, I had to load up to 38 liters of water. 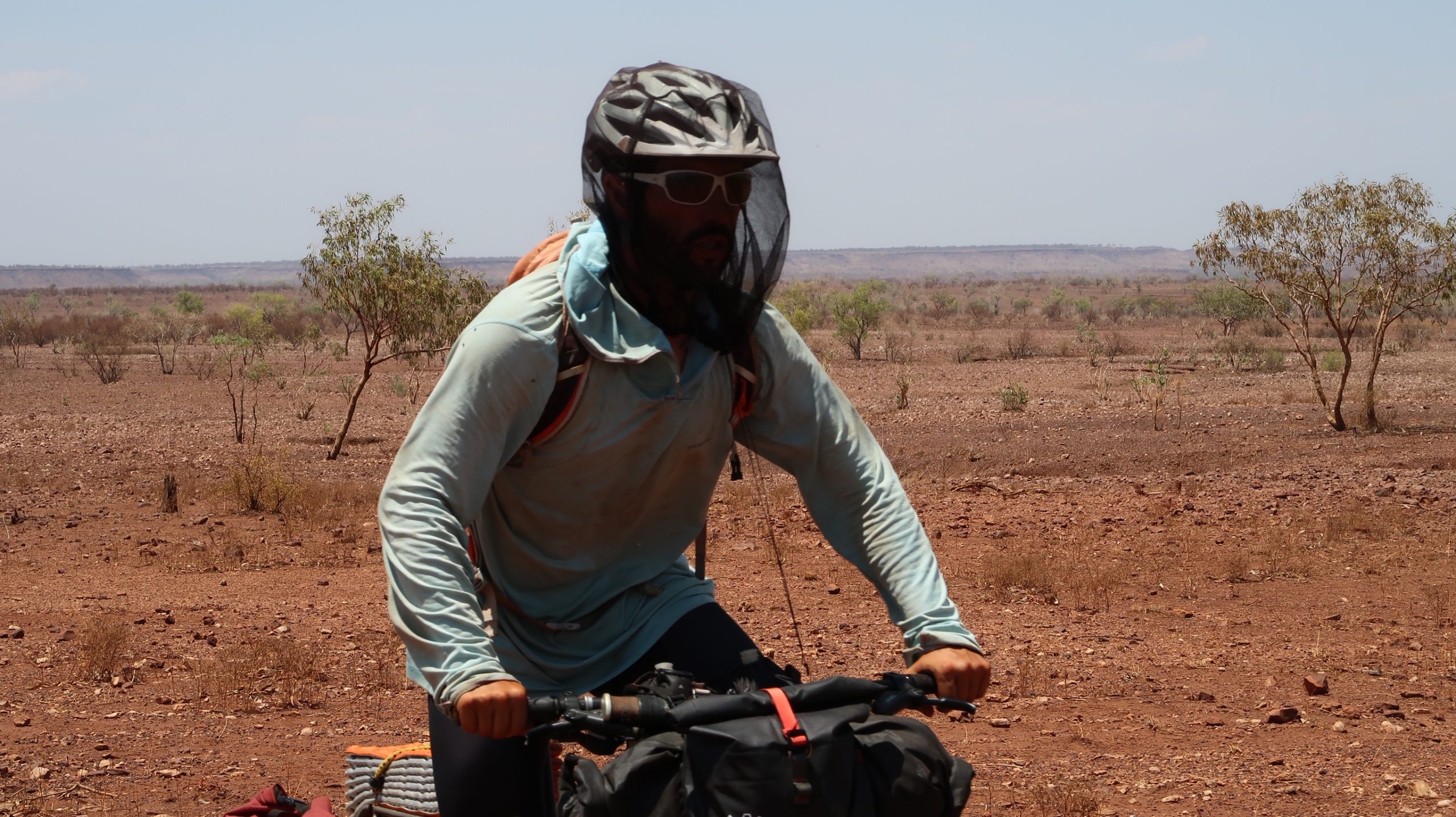 -Very lonely sections. In the outback there are few populated points, and no mention that the shortage of goods is frequent. In Aboriginal communities, regular points of water and snacks supply, nothing can be found outside the range of very basic products. The distances between the inhabited places were in an average of about 180-200km, although in several points it reached 300km between civilized points, and in a couple of sections, it was around 500km (Gunbarrel and Tanami track). 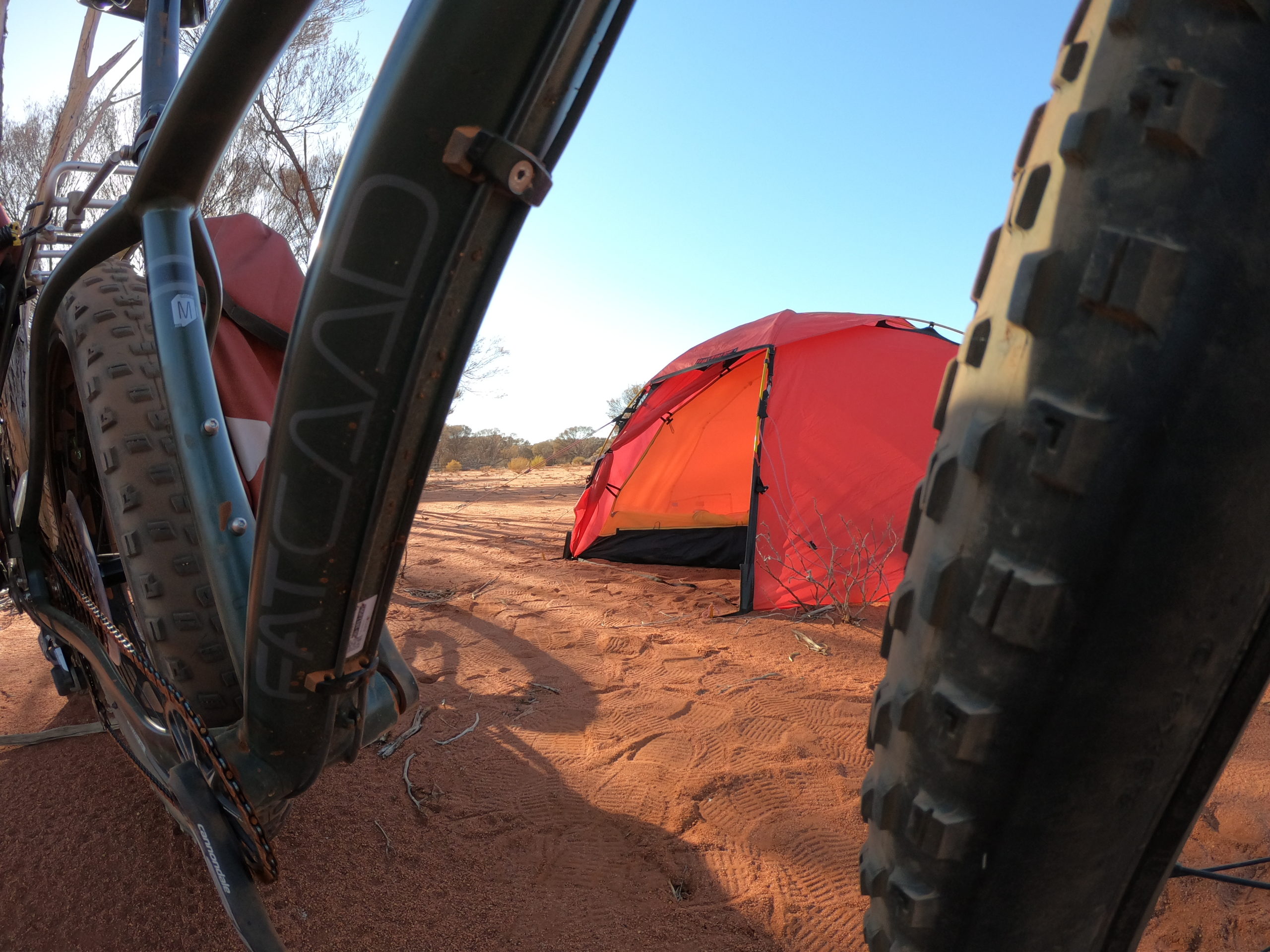 -Urine infection. Due to the sum of the above points, in the vicinity of the Aboriginal community of Lajamanu, I had a starting of urine infection. An uncomfortable and painful situation that kept me on alert for several days. In addition, the deadlines for not missing the flight back to Europe were tight, and I could not afford the rest that would have been necessary. 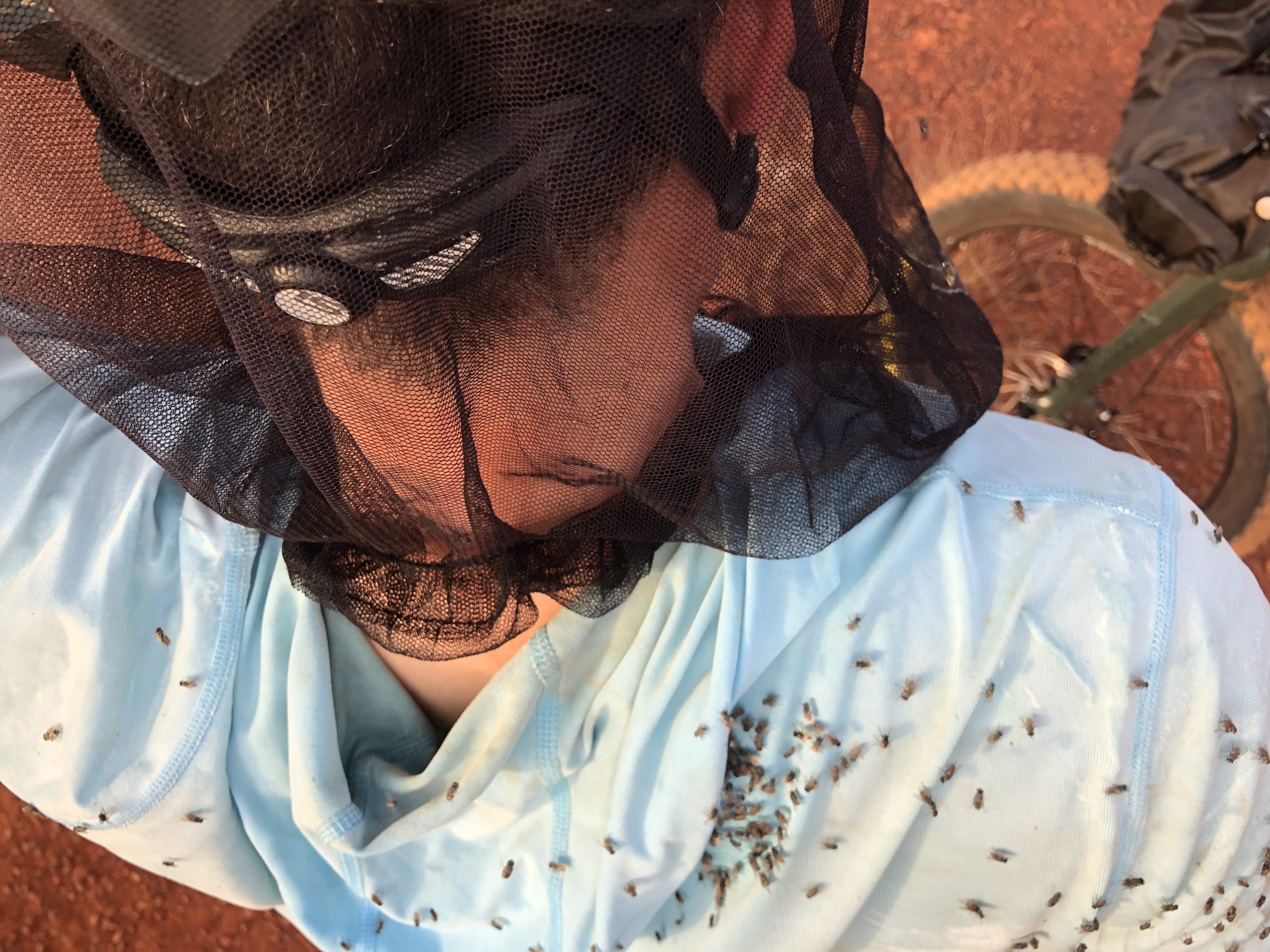 -Flies. I was constantly surrounded by between 50 and 250 flies, which made everything difficult. Besides, I had to wear the net on my head, because otherwise it was impossible to do the simplest task. This, in addition to the other factors and the little comfort of an expedition, made the day by day very hard psychologically.

All in all, it has been an unforgettable expedition. Without a doubt, one of the most difficult of my sports career.