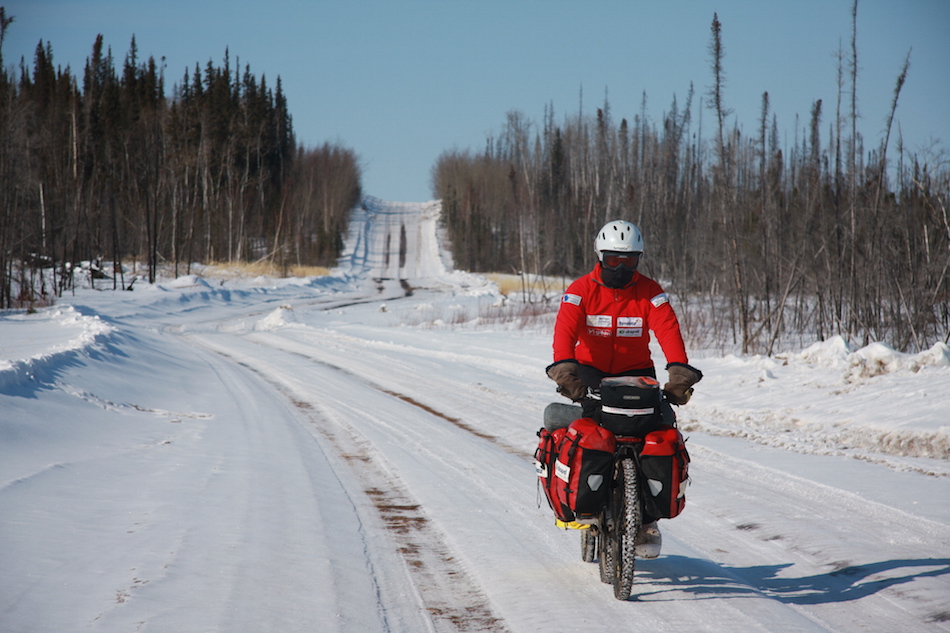 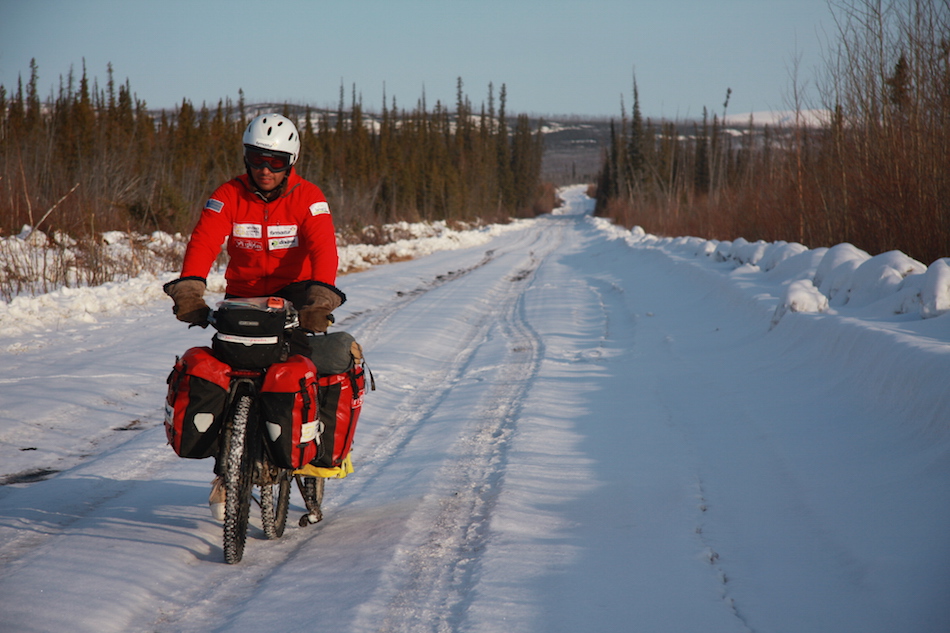 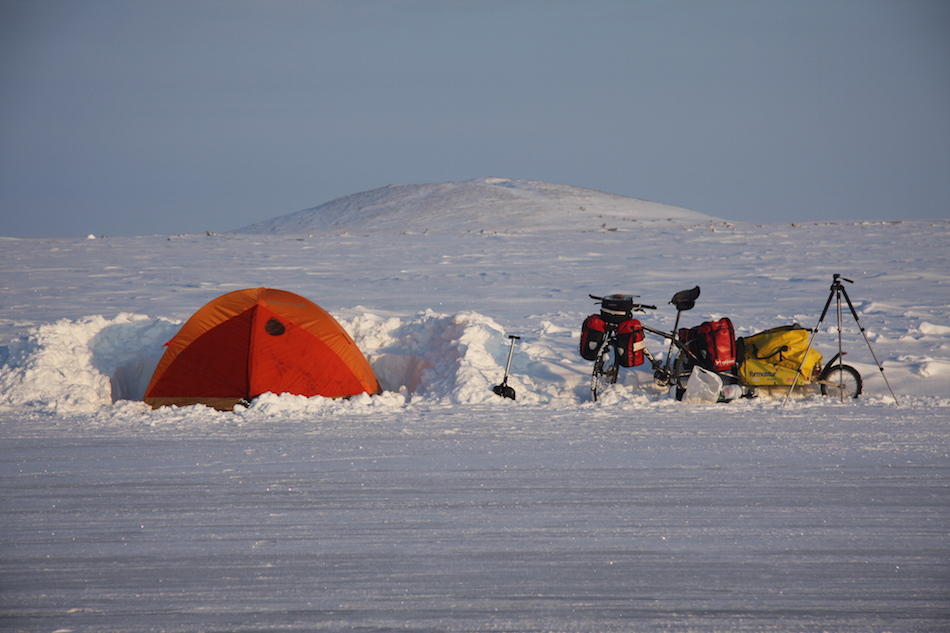 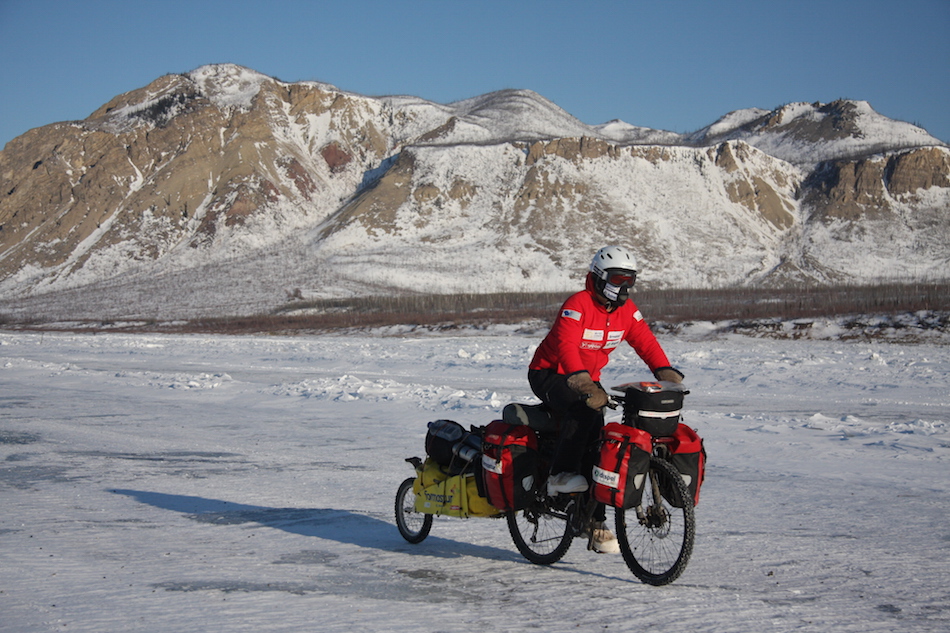 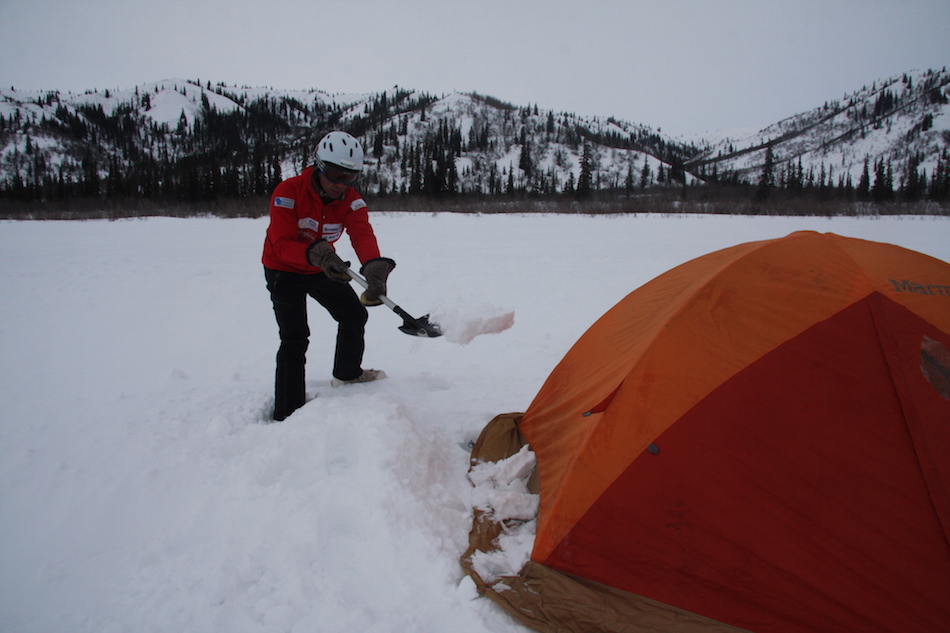 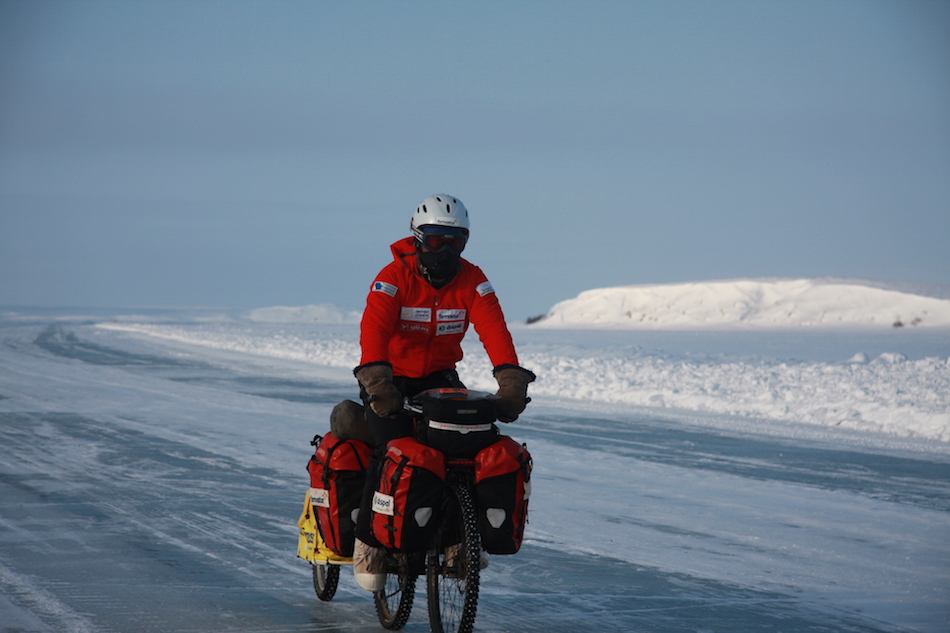 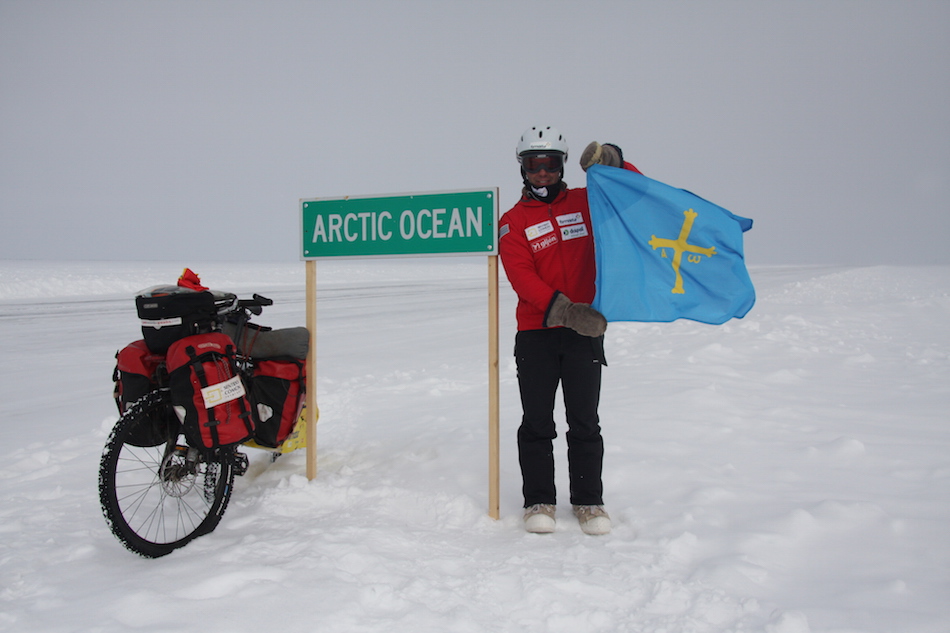 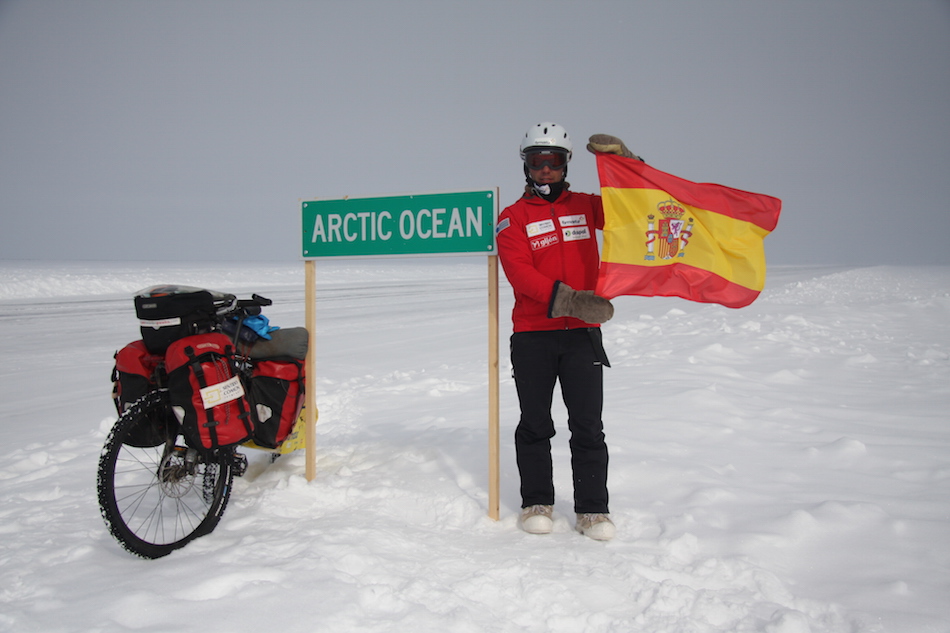 Journey over the Canadian Arctic Ice roads in the Northwest territories. The first stage went from Yellowknife to Coldville Lake. The next stage was from Inuvik to Tuktoyaktuk, during which he pedalled over the frozen Arctic Ocean. Some of the frozen ice roads he cycled have featured in famous TV series. He had a few problems with snow-melt at first. He encountered some pretty isolated and wild terrain and passed through remote Indian and Eskimo settlements. On the coldest nights, the temperature dropped to -30°C. At times he found wolf tracks around his tent.