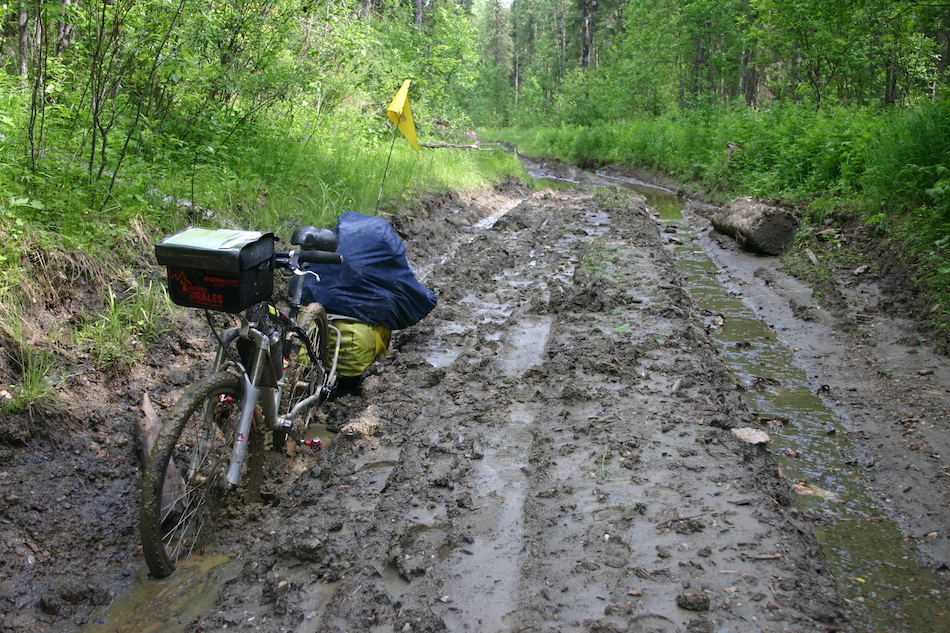 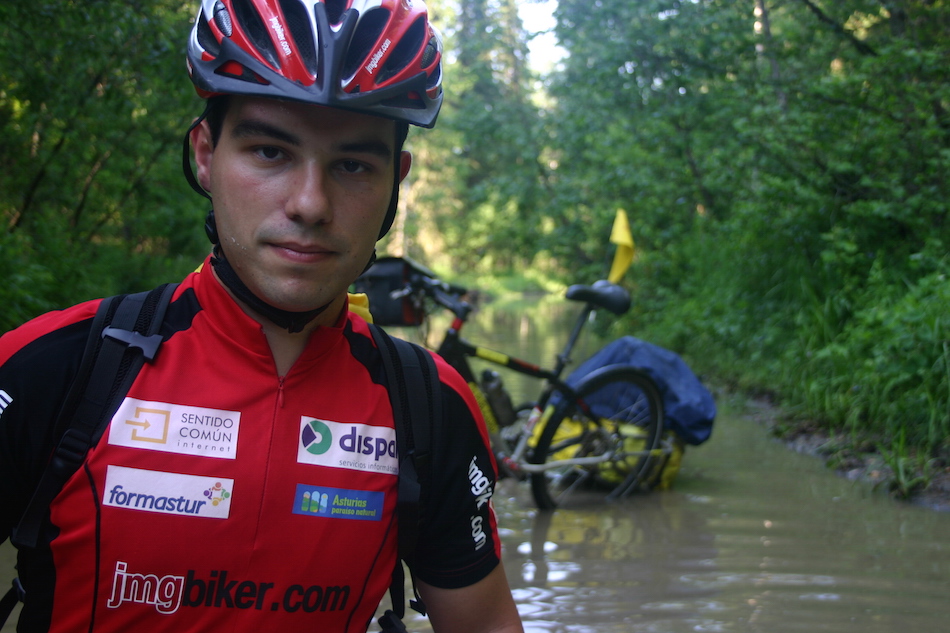 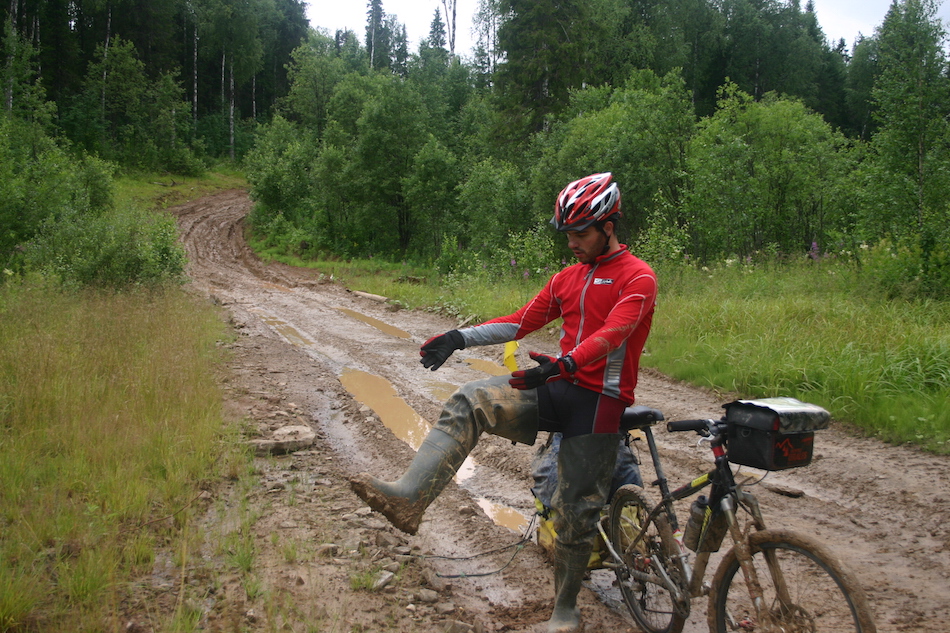 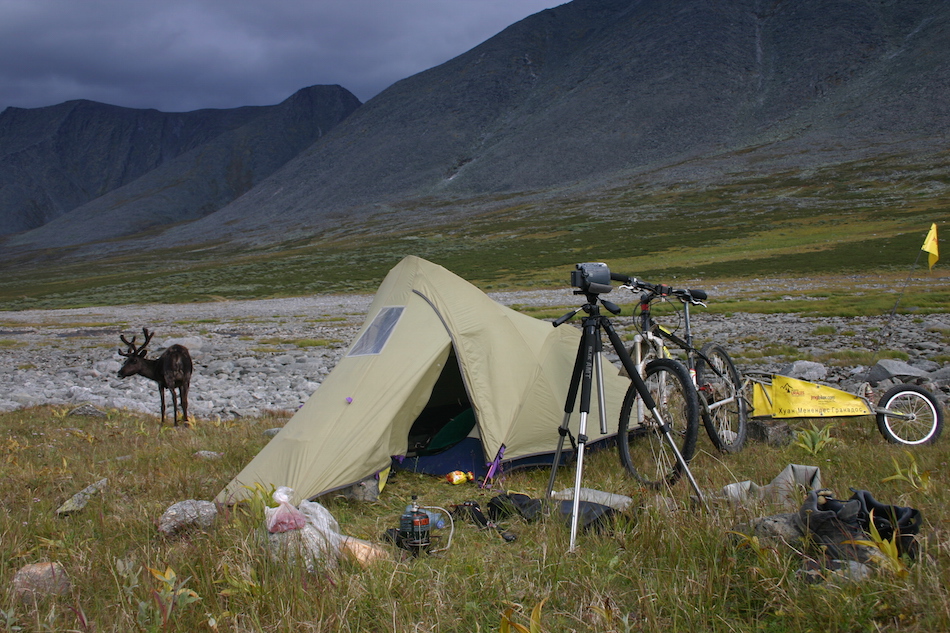 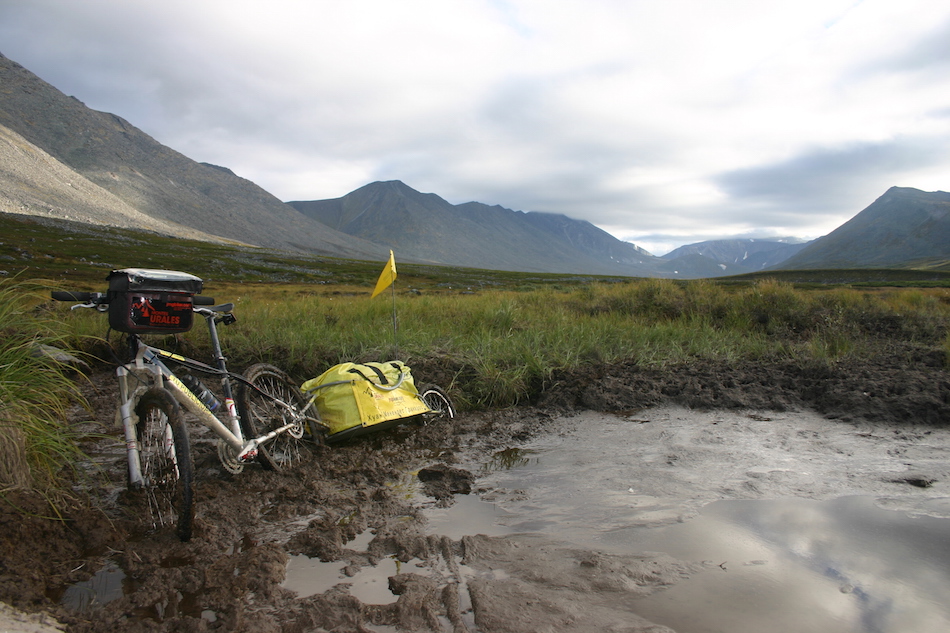 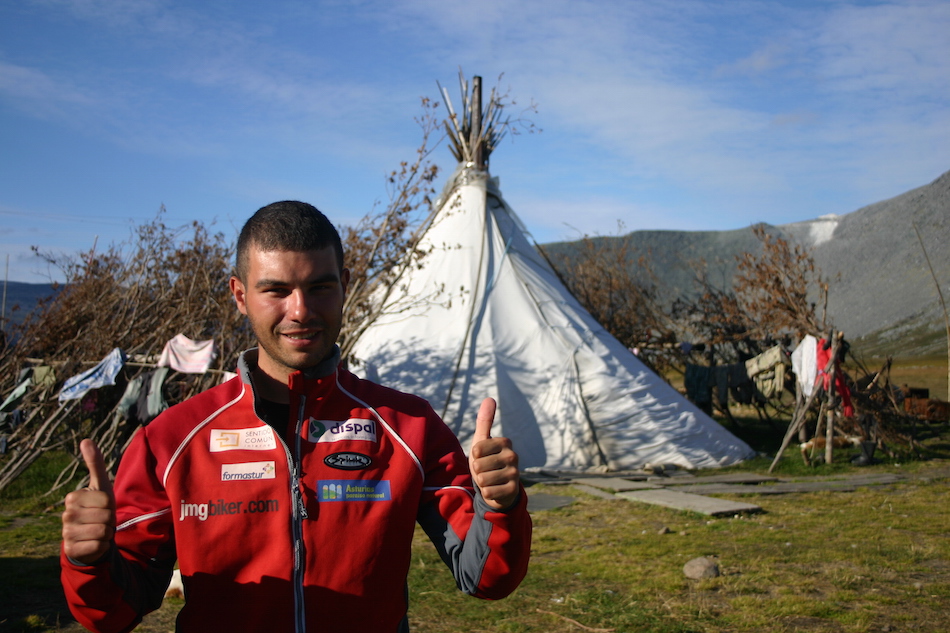 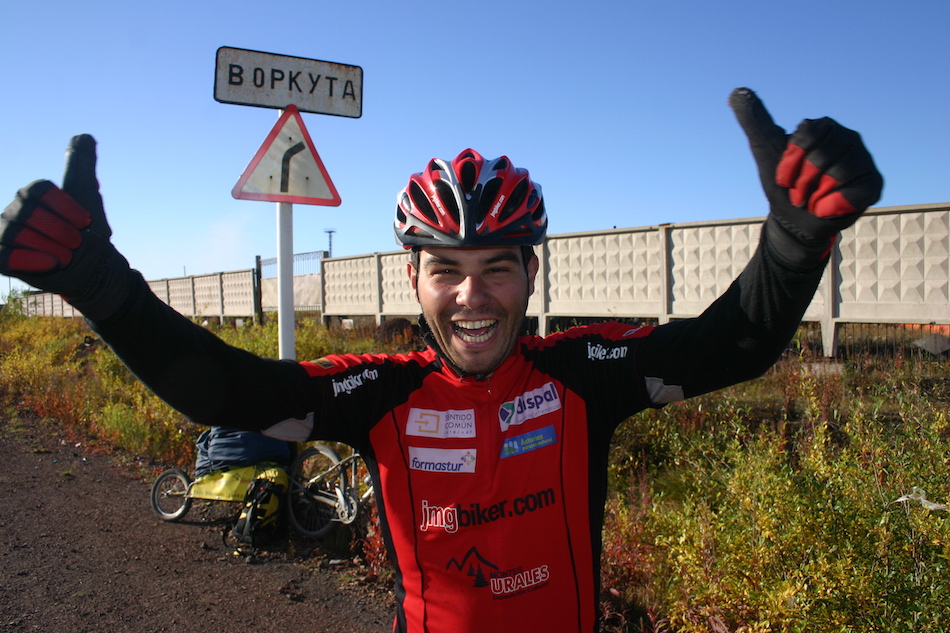 A cycle trek from Orsk to Vorkuta on the wildest paths in the Urals. This area forms a natural border between Europe and Asia and it’s the natural limit of the Siberian taiga. It’s also the place where hordes of horseflies and mosquitoes had Juan for breakfast, lunch and dinner. The tracks are only meant to be used in the winter and in many places Juan was unable to find any paths and had to follow the ruts left by the geologists’ vehicles. At one point he had to take a fifty-kilometre detour through the forest because the original path had completely disappeared. This expedition was recognised as the first complete crossing of the Urals by bike.